The History of Flou Spa company in Meda Italy and the world expansion. 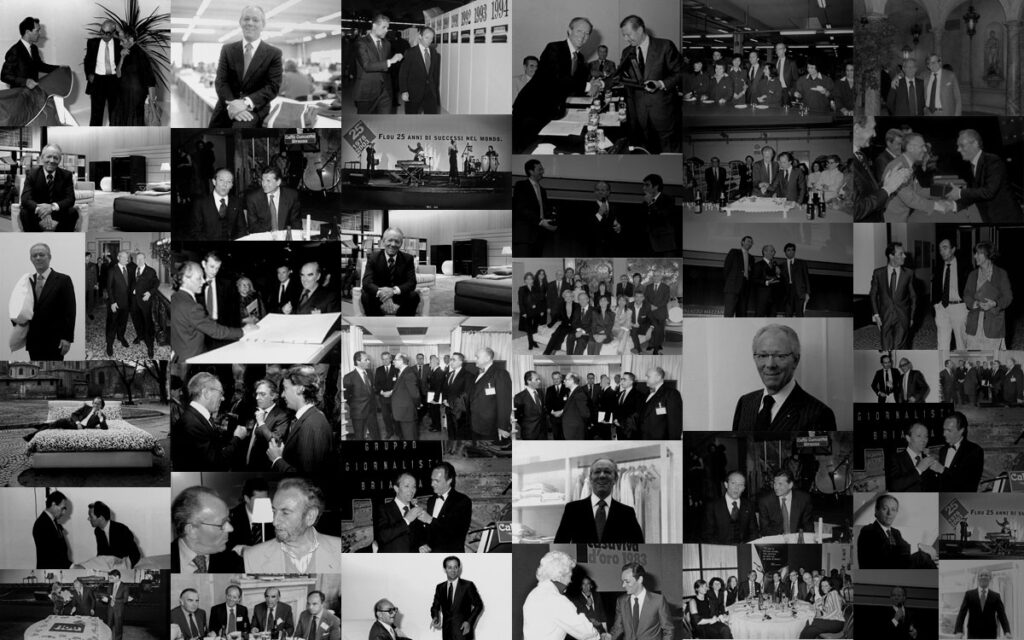 The Foundation of Flou

The foundation of Flou - which took place in 1978 - was based on the objective of producing beds of high intrinsic and formal quality, combined with the desire to introduce a new 'sleep culture'. It was a period of great social change: more women were going out to work, the homes required multi-functional spaces, there was the growing desire to live life with greater freedom and higher quality. The bedroom became somewhere more dynamic and the bed abandoned the traditional static all-white appearance and delighted dressing in colours. Flou was ahead of its time and launched Nathalie, a bed designed by Maestro Vico Magistretti. A bed that combines innovative design and extreme practicality: a flick of the wrist and it is made. It became the mother of all ‘modern textile beds’, softly upholstered with removable and washable covers, it can be completed with brightly-colored duvets which replace sheets and bedcovers: its success is immediate. 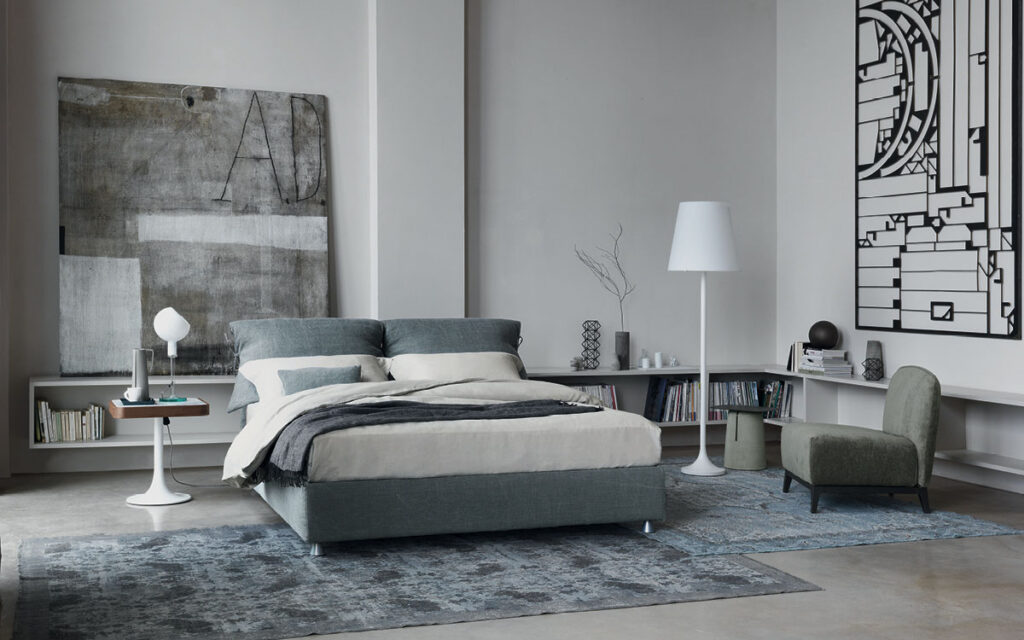 Nathalie a soft and comfy bed

1978 the Beginning a soft and comfy bed

1978, finally, something completely new and original was presented to the world: a bed that was soft and comfy, informal yet elegant, with removable textile covers that could be changed on a whim and chosen to match the bed-linens. It was an aesthetically charged design but also a commercial idea that had never been seen before. Many people contributed to the production but two deserve a special mention: Rosario Messina, a 36-year-old explosive manager-entrepreneur. The other was Vico Magistretti who at 58 years of age was at the peak of his design success. And they possibly were not aware that together, they were writing the first chapter of an important story. 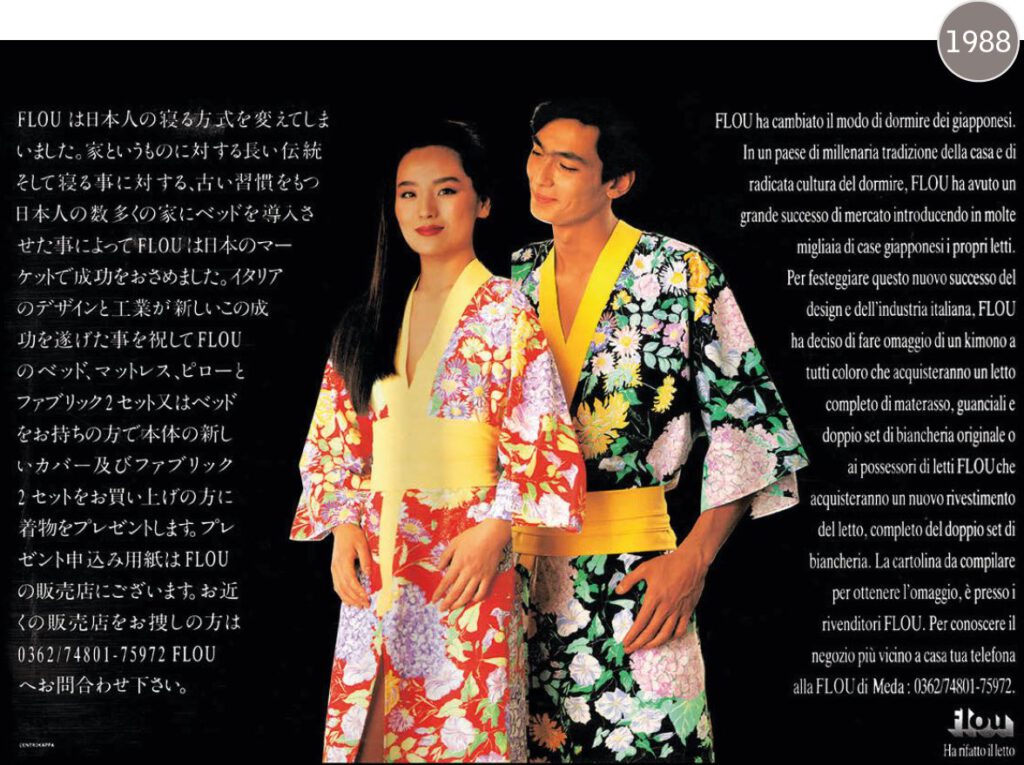 Is it difficult to merge two different sleep cultures? Not for Flou. In that year, it inaugurated a monobrand showroom in Tokyo that won the Japanese public over. For centuries, Japan had been rooted to its sleep tradition based on tatamis and futons. Flou taught Japan a new way for resting, a practice to open its minds to Western culture. It celebrated the event with a special initiative for anyone who purchased one of the beds, complete with all of the accessories: the free gift of a bright kimono. 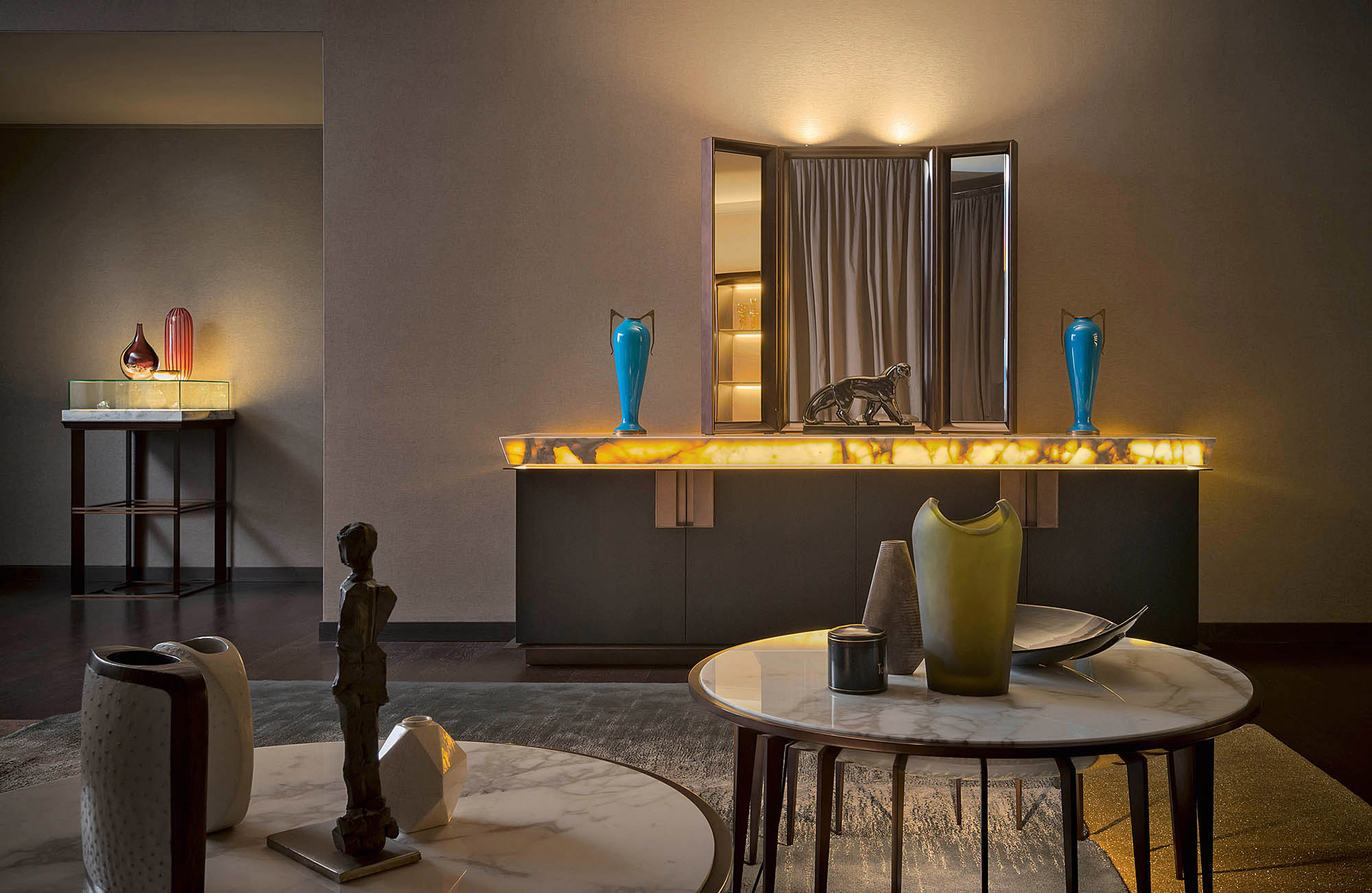 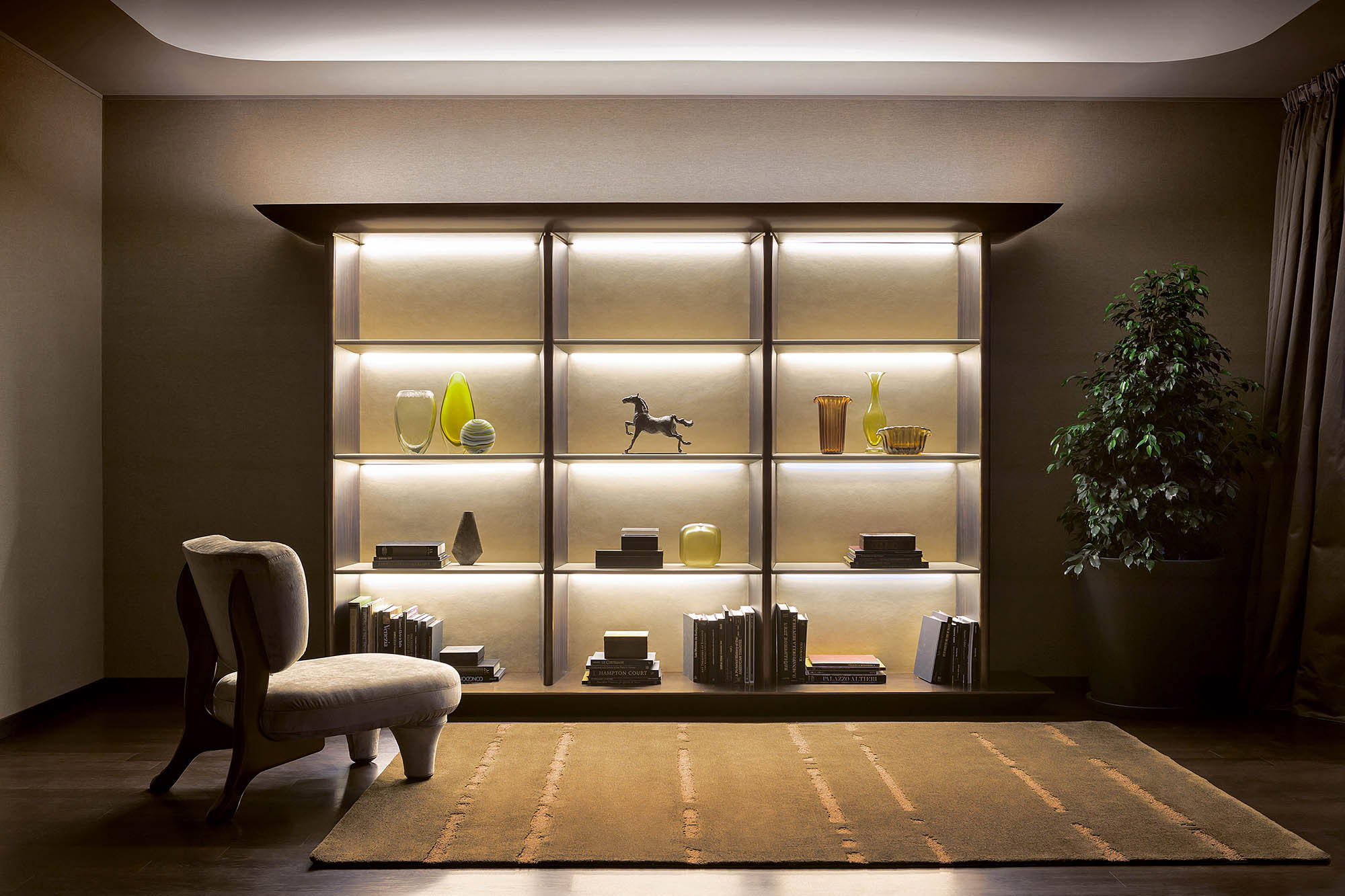 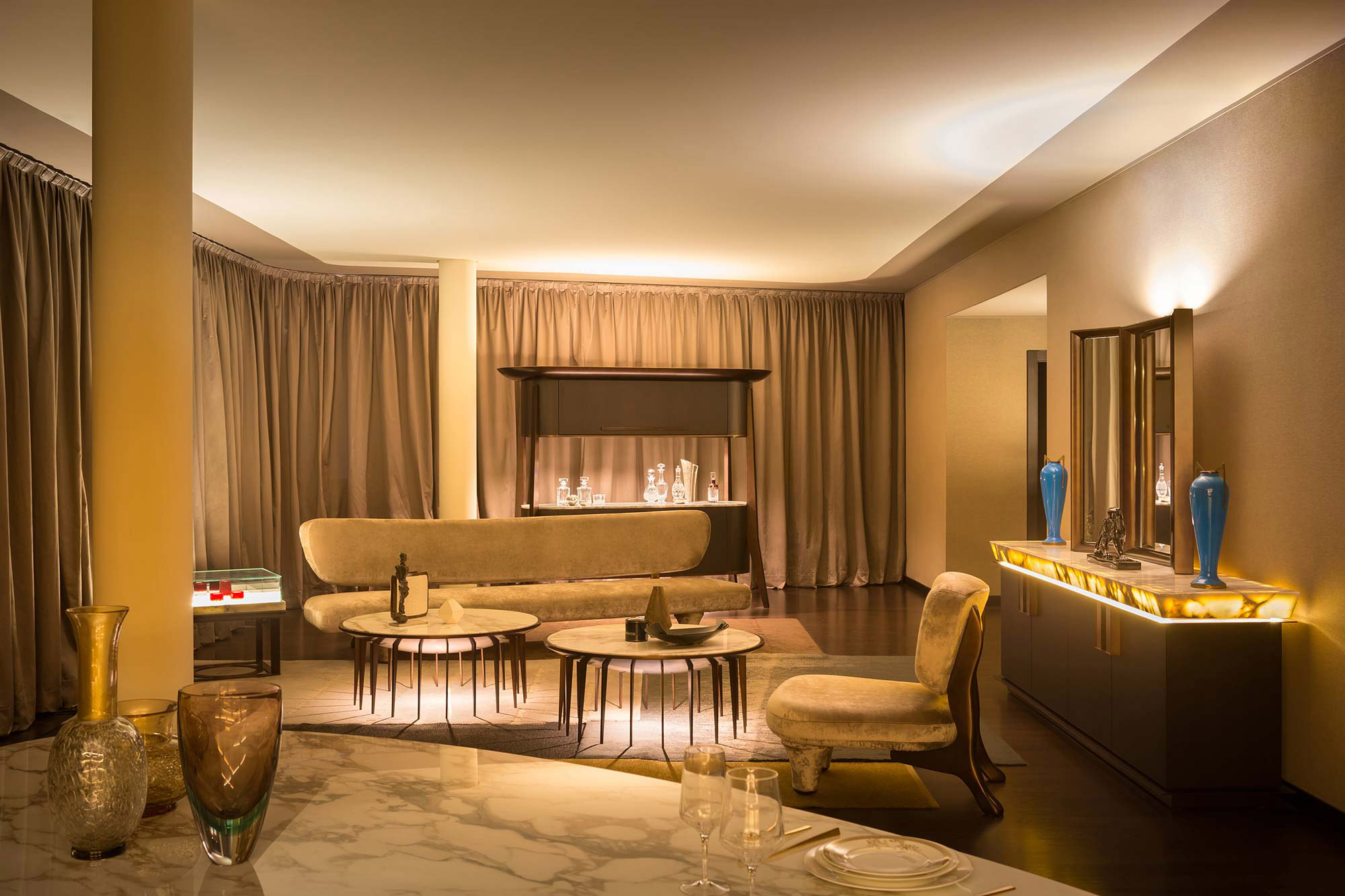 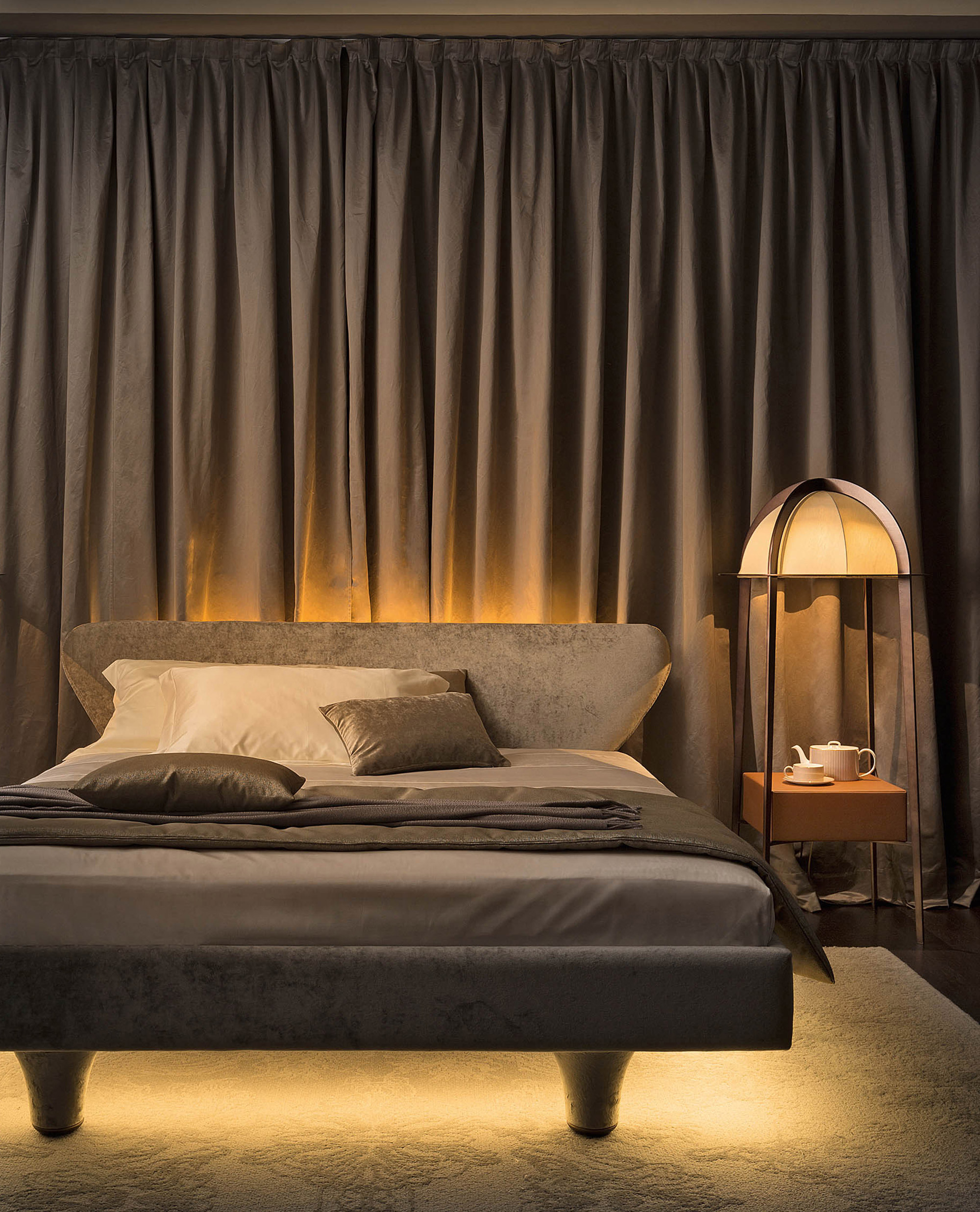 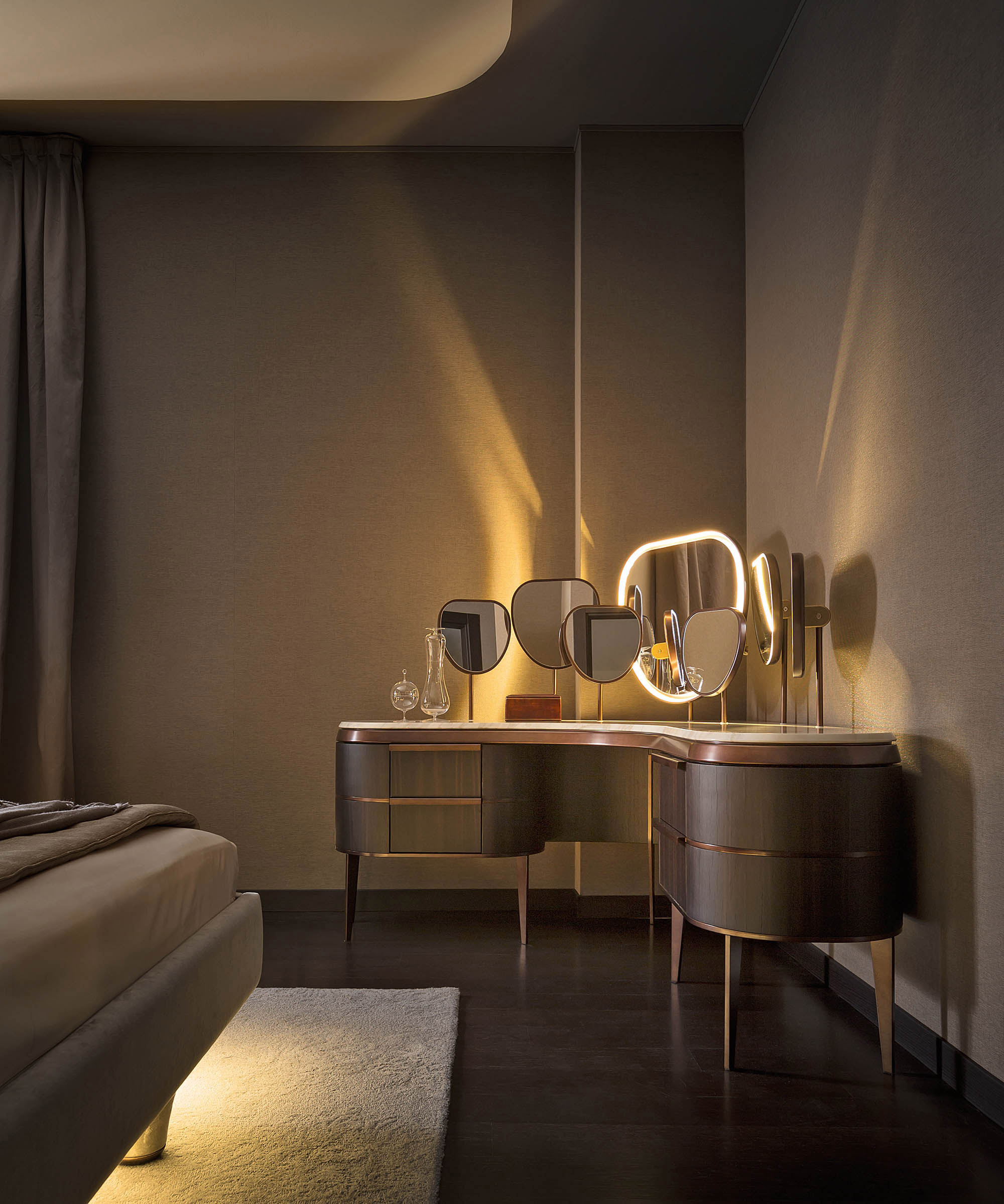 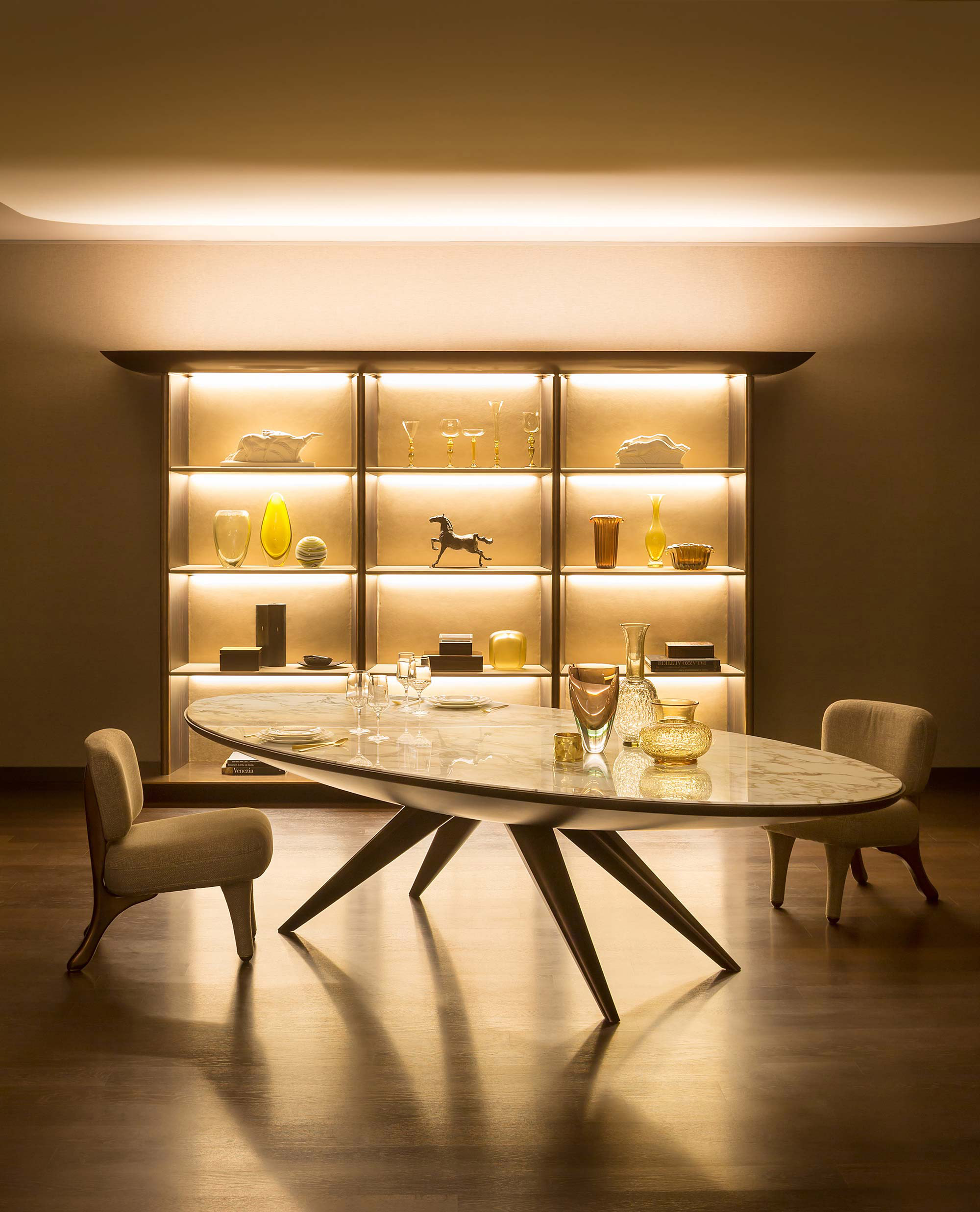 The brand NATEVO is a spin-out from FLOU’s experience, the furniture manufacturing company that in the 1980s revolutionized the culture of sleep by producing the first textile bed with removable covers. The bed Nathalie invented by FLOU marked a watershed in the history of contemporary design. That same innovative spirit led to the foundation of NATEVO in 2013. This was the first company in Italy to design, produce and market a wide range of furnishings with integrated light fittings. These pieces provide autonomous illumination with no need for the installation of other luminous devices in the room. Designed by well-known designers, these pieces of furniture and accessories express a new interpretation of light. They are the ideal additions for homes, hotels and public amenities thanks to their high performance and exclusive design. NATEVO is a project with high ethical values and could almost be described as mission of social commitment. There are a number of undeniable strong points associated with these products: they reduce energy costs and offer economic and ecological benefits in new builds because the use of these articles sidesteps the installation of light points and electricity circuits in the walls. In restructuring projects, they eliminate the need of demolishing works on walls; the pieces of furniture just need to be positioned where light is required. The design of these pieces of furniture is excellent and they have an innate ability to create a warm welcoming ambience. A tangible demonstration of the enormous advantages could be seen in the three apartments completely furnished with NATEVO in the futuristic residential complex, CityLife, designed by Zaha Hadid in the heart of Milan. 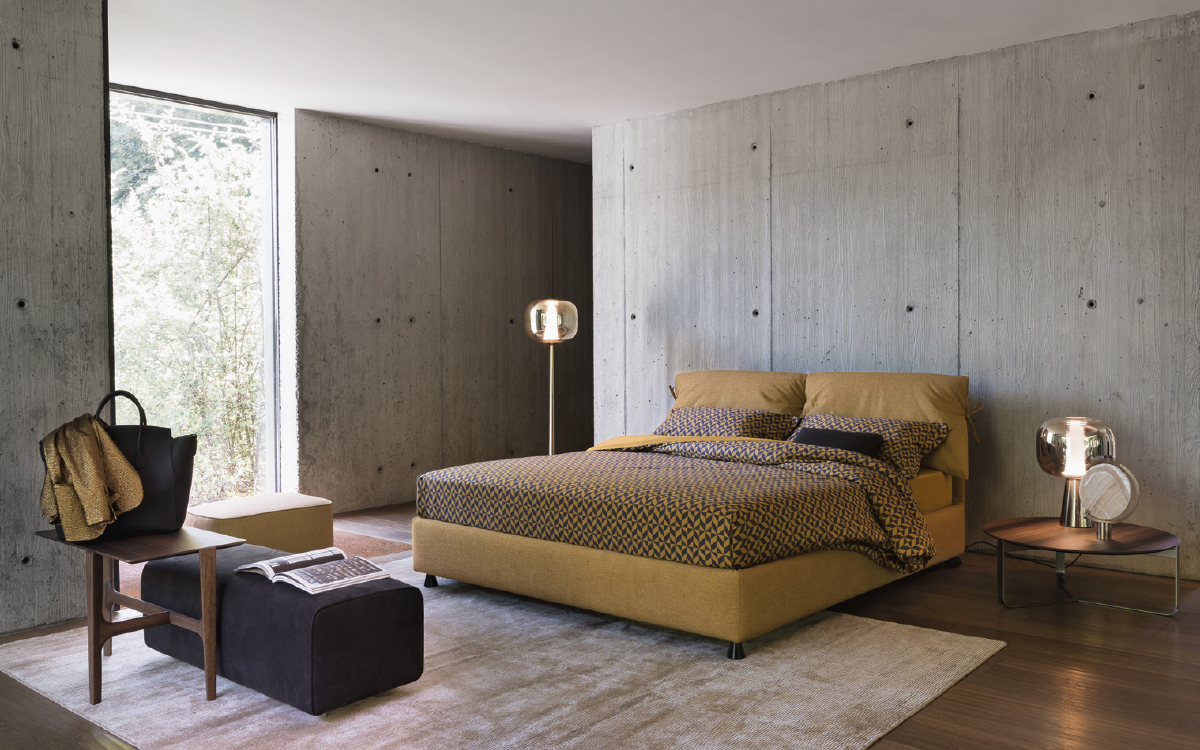 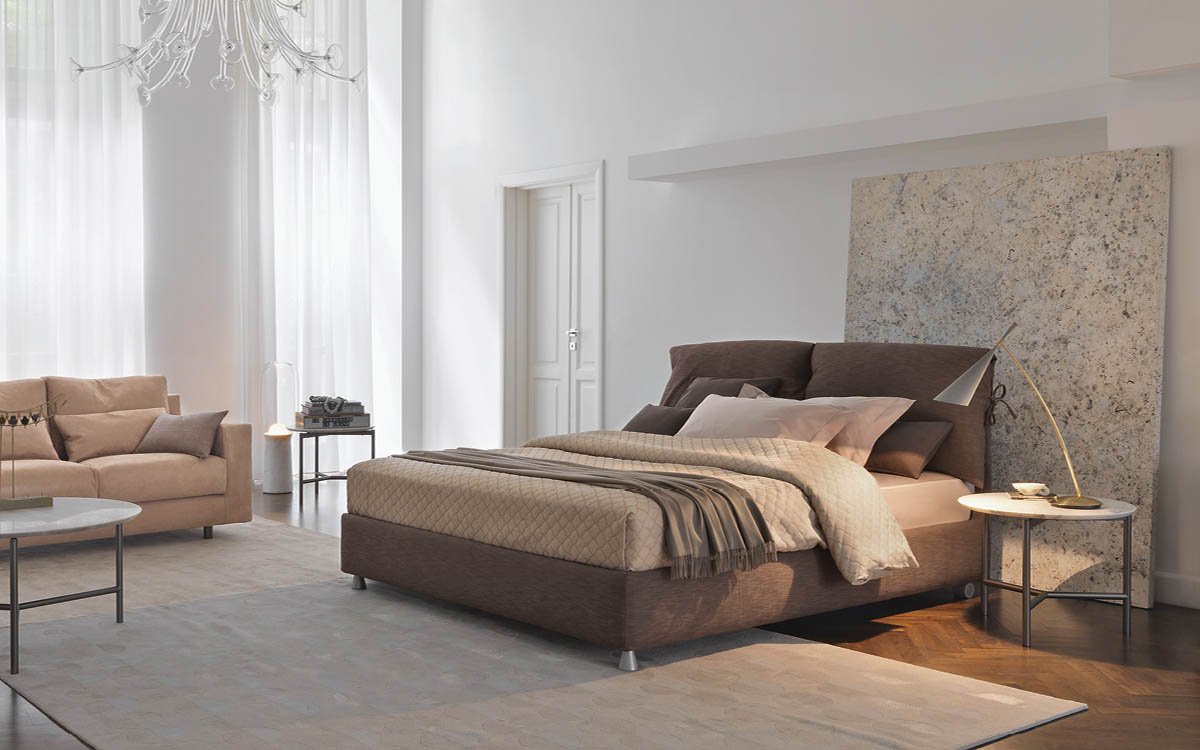 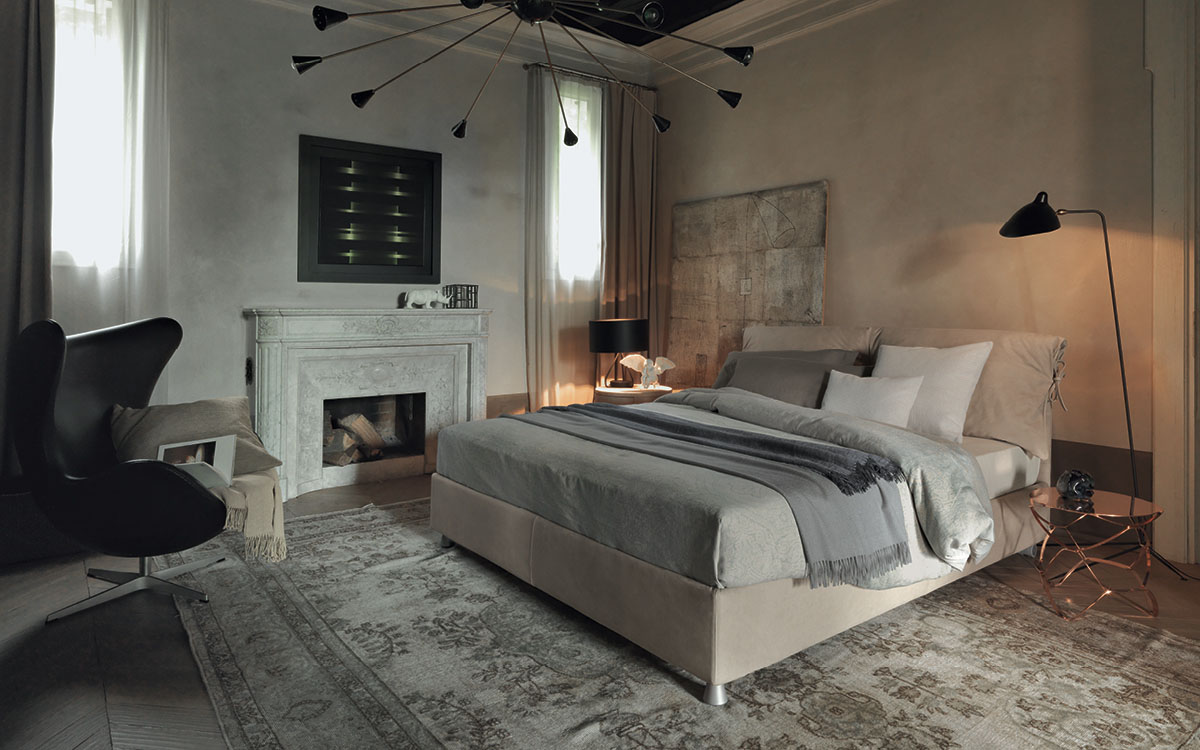 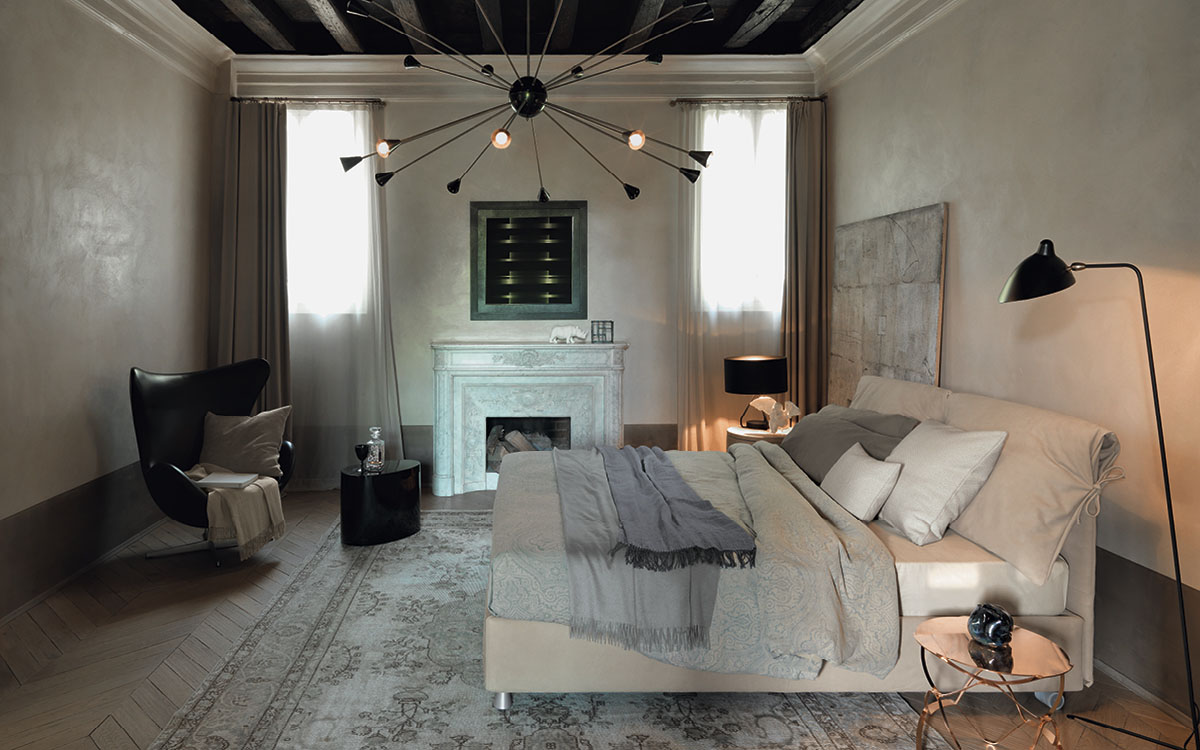 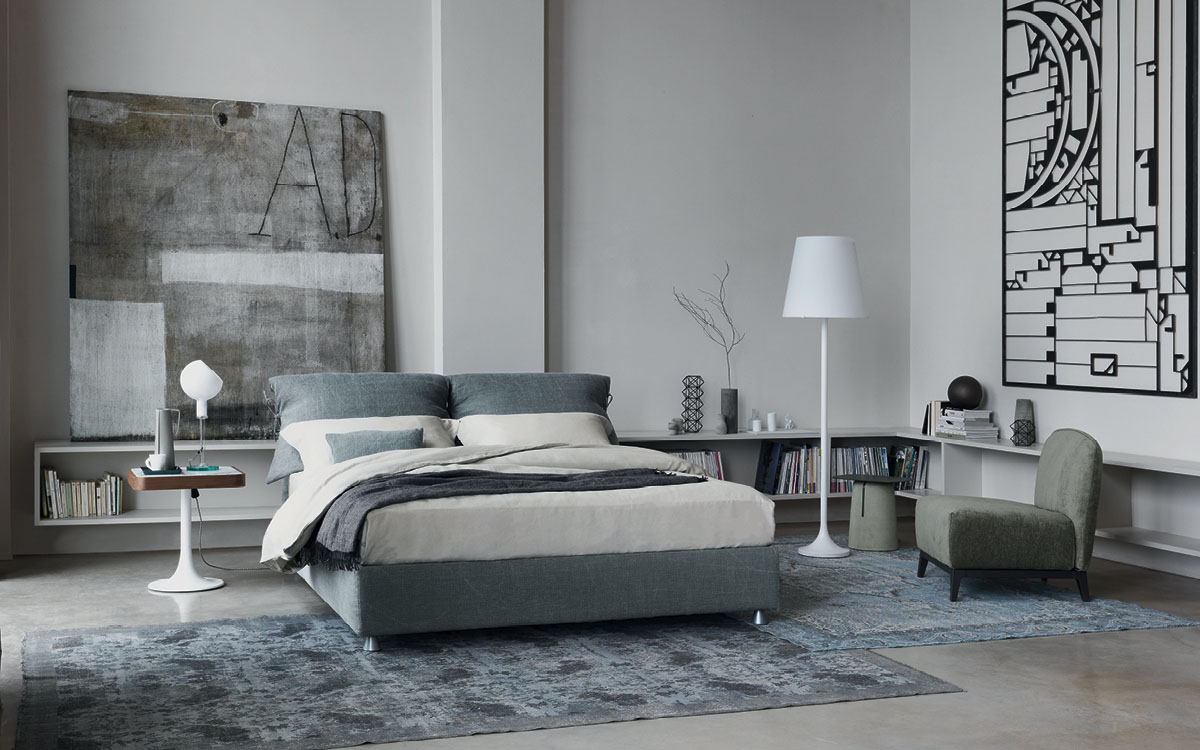 Over the years, ‘Nathalie’ has been joined by numerous other models; however, it has stood the test of time and is still the most important bed in Flou’s range. Variations have been developed: among these, the storage base and the reclining backrest. Imitations appeared on the market but Flou reacted by increasing the added value of the brand. Pinuccio Borgonovo described how the company countered the challenge from competitors:«When the first imitations arrived, for the base we used timber with our logo impressed at regular intervals.» The message Flou wanted to send out was clear - that the idea behind ‘Nathalie’ was not something superficial. The design rests on solid foundations, and every detail has an important role to play. It is a design that can develop further over time: in recent years, an electrical adjustment mechanism controlled by a specially designed app has been added to the mattress support. And now, for its 40th birthday, one of the original models of ‘Nathalie’, designed by Magistretti, is rolling off the production line again. In the future, it may be produced with materials or functions that we cannot even imagine at the moment. However, this will not change the substance of ‘Nathalie’. This bed can be described as an archetype and we all know that the best archetypes are strong and powerful enough to withstand the test of time. 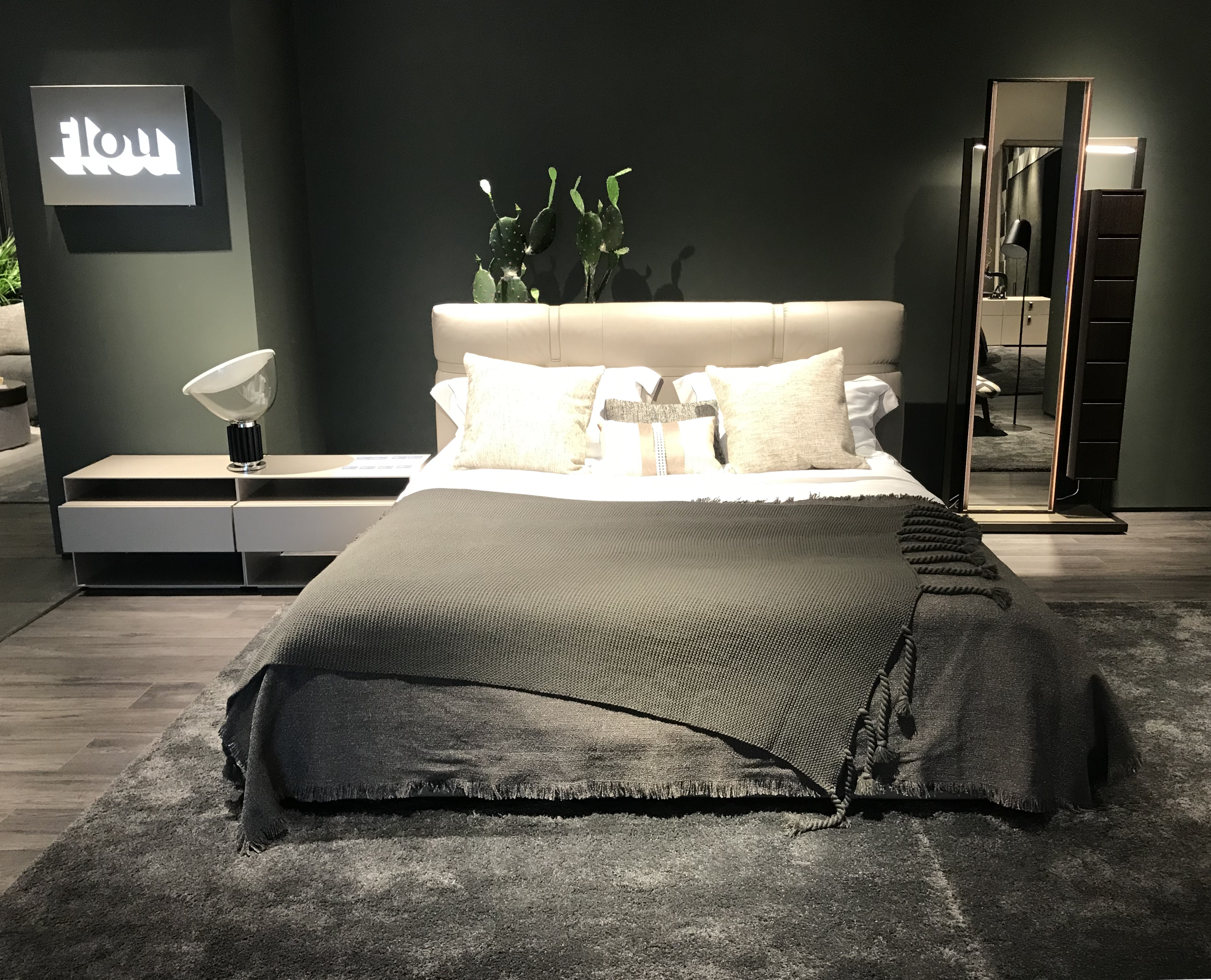 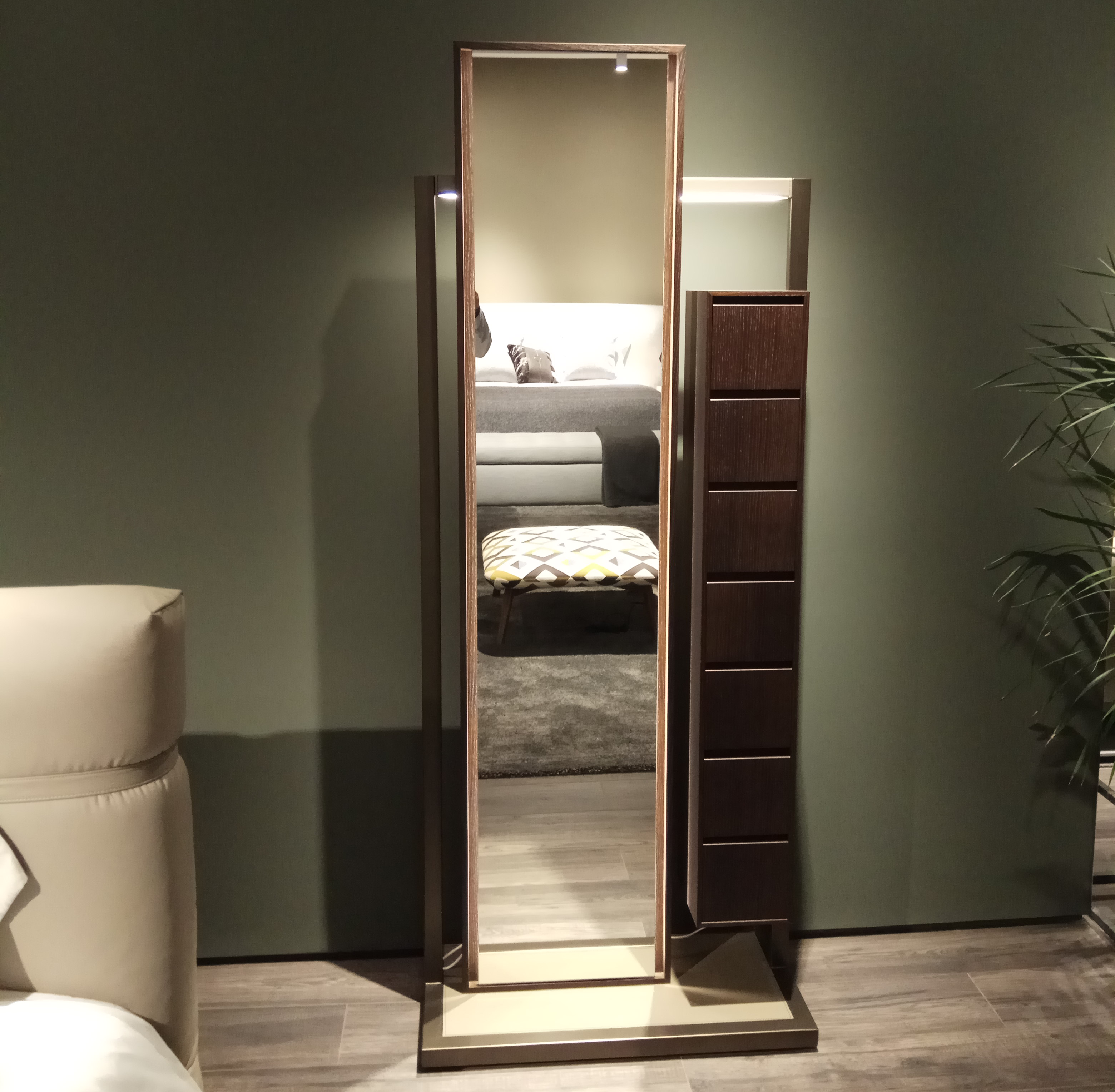 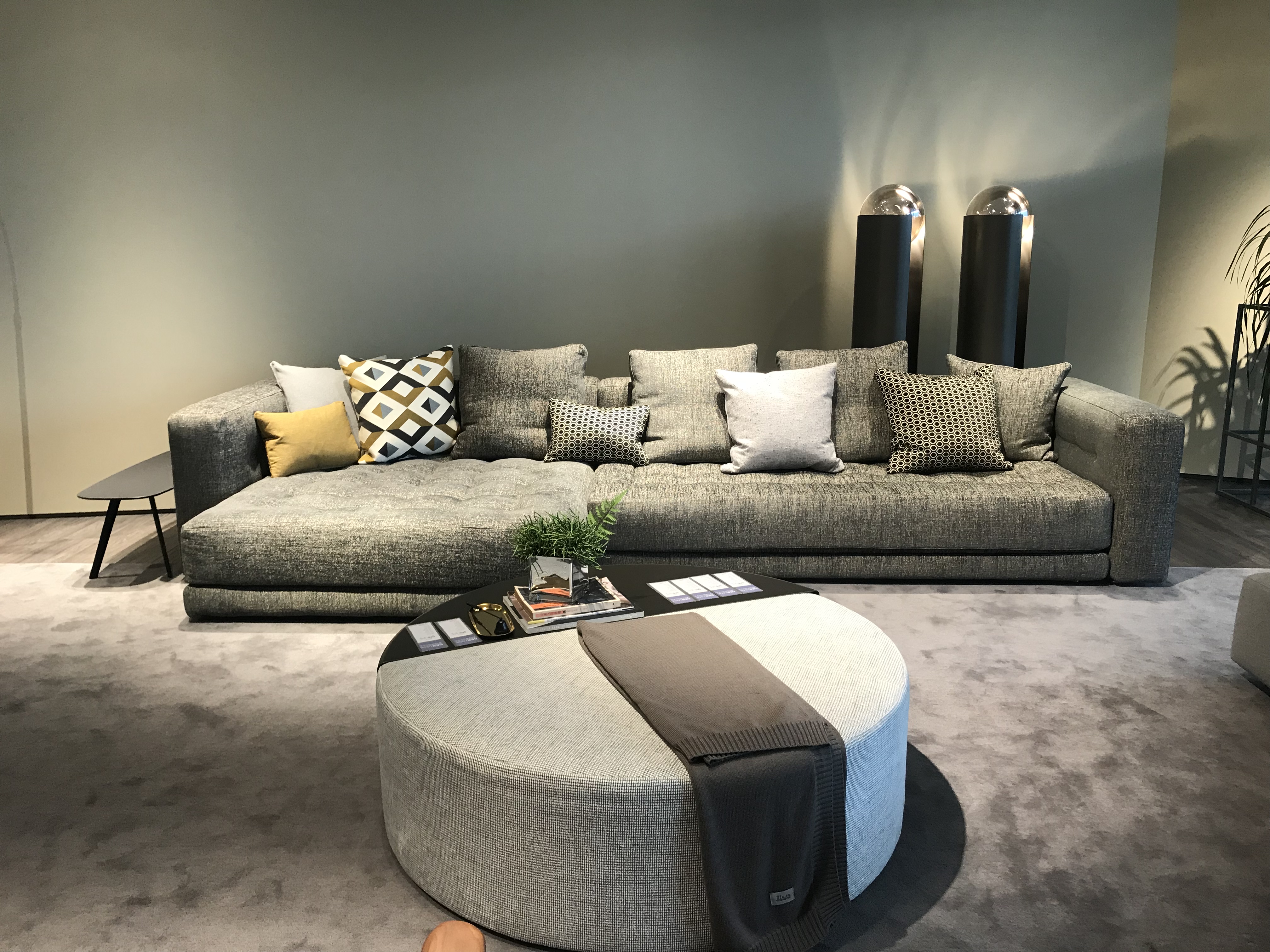 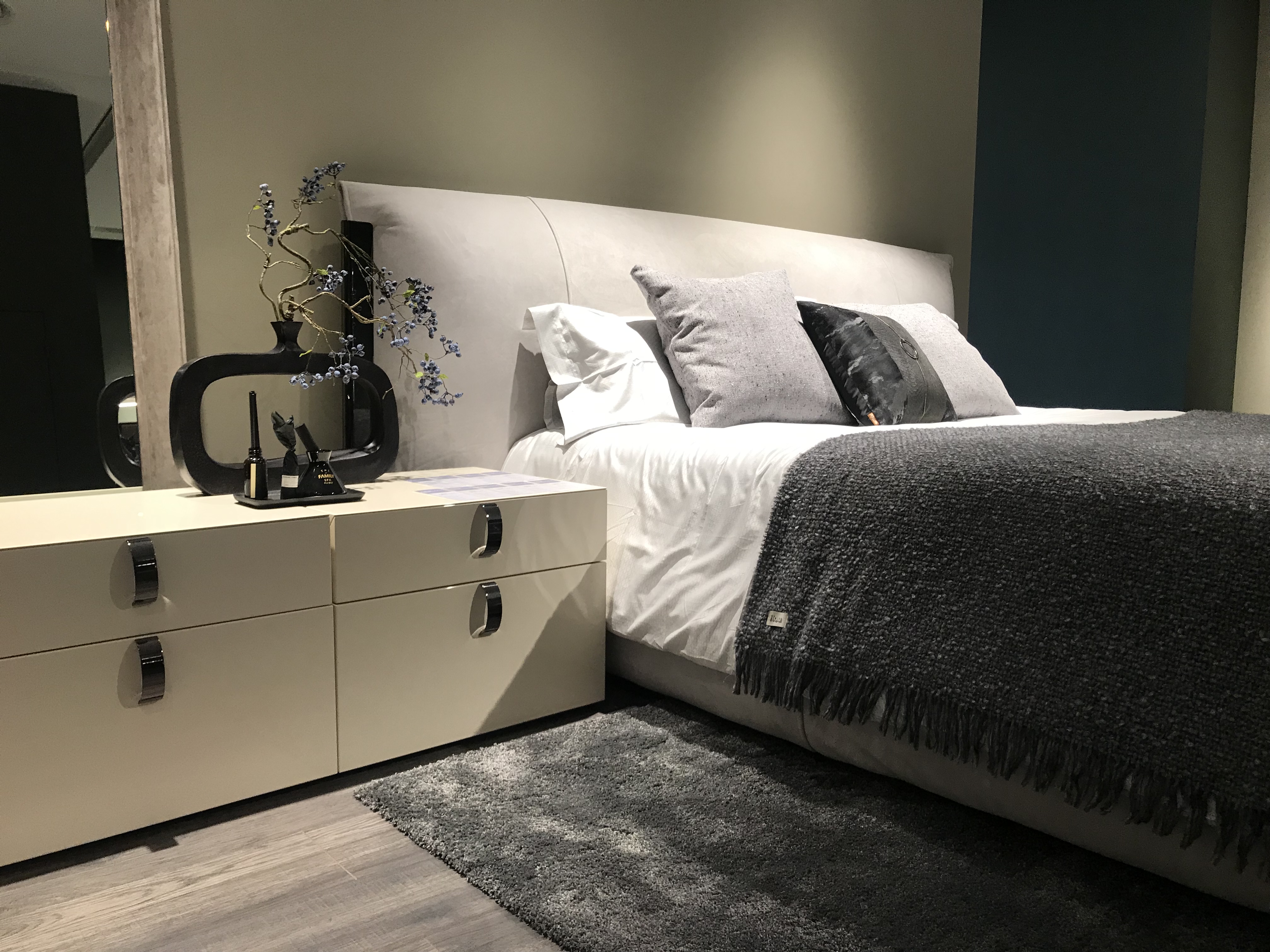 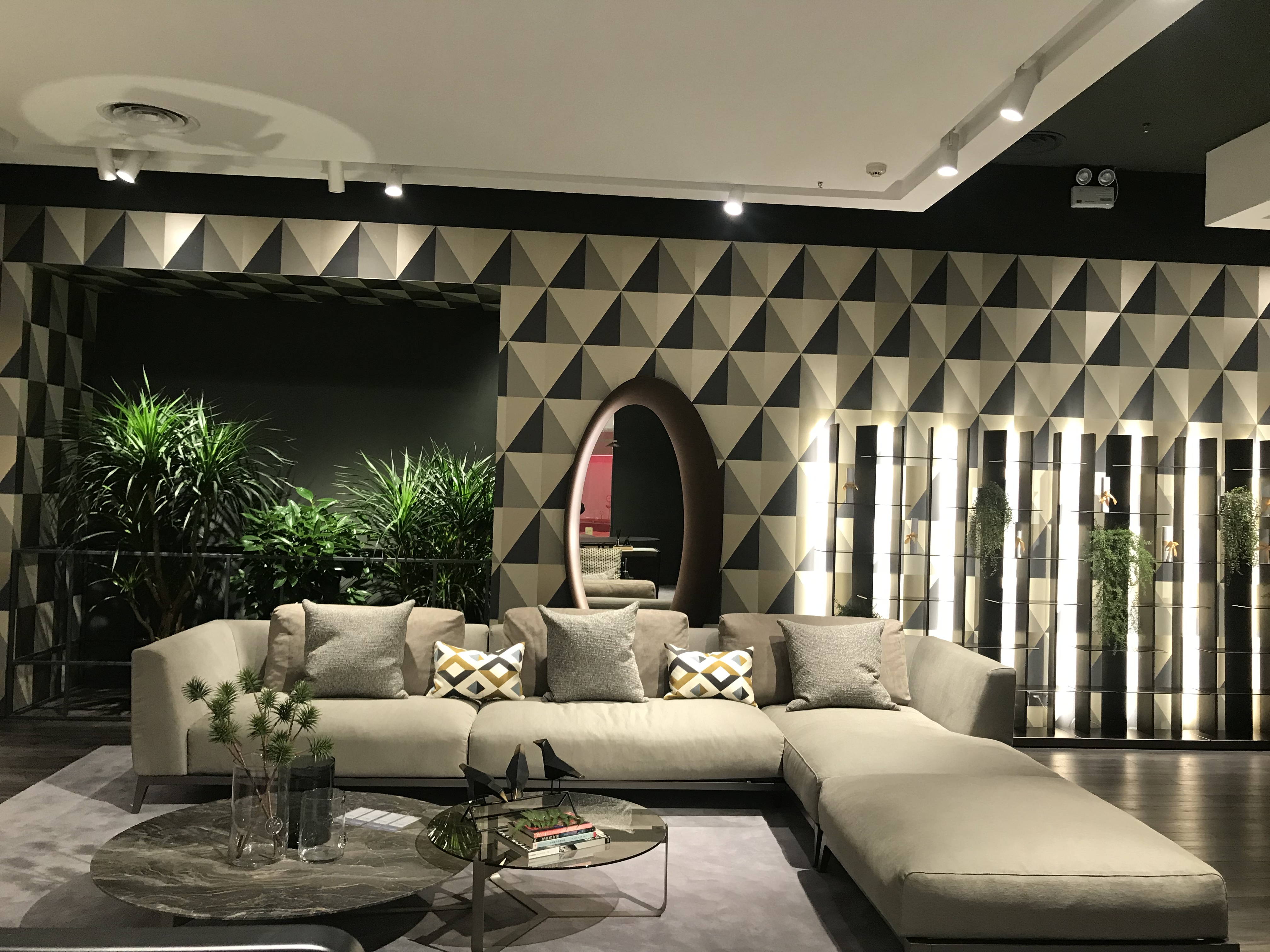 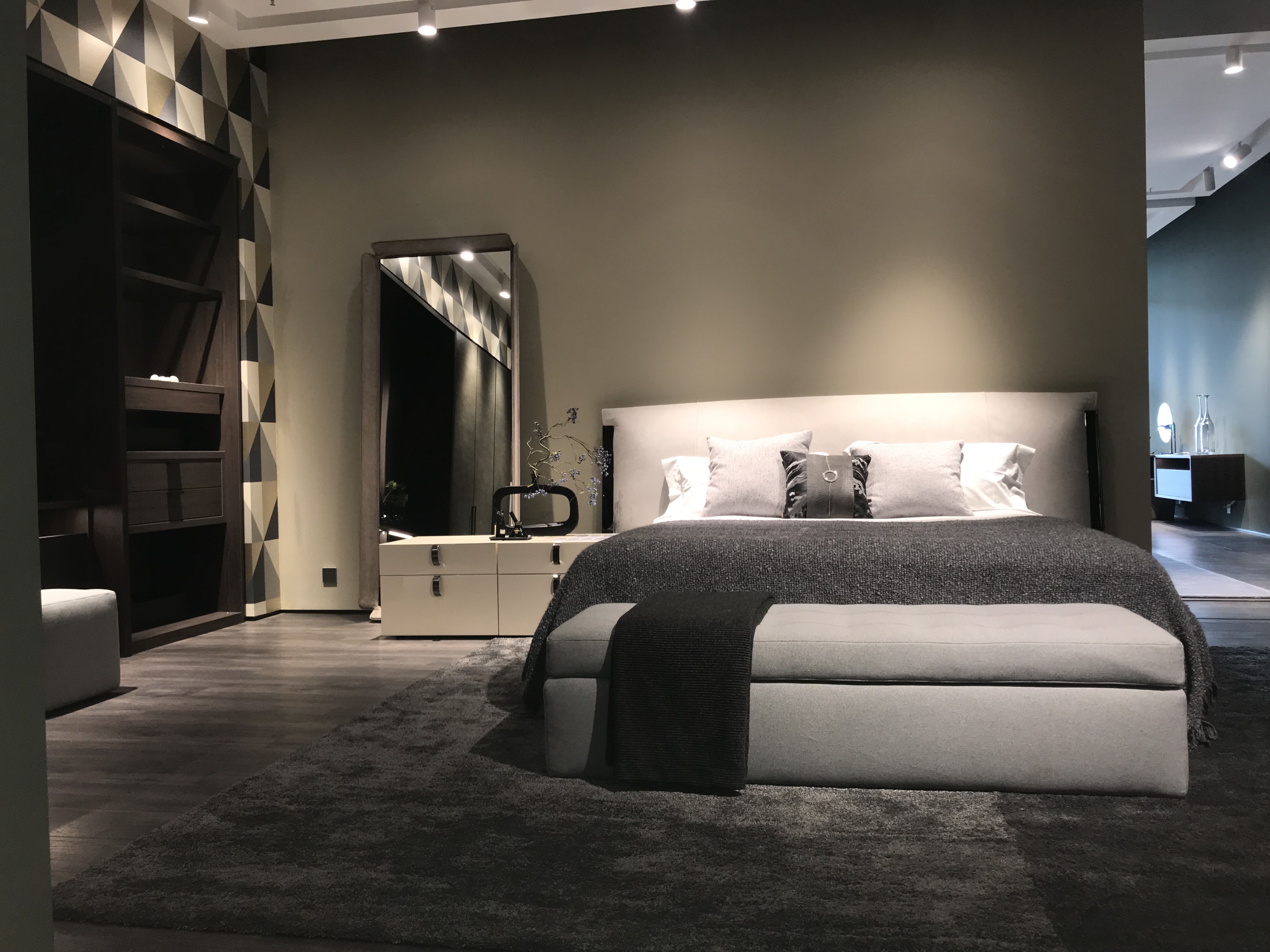 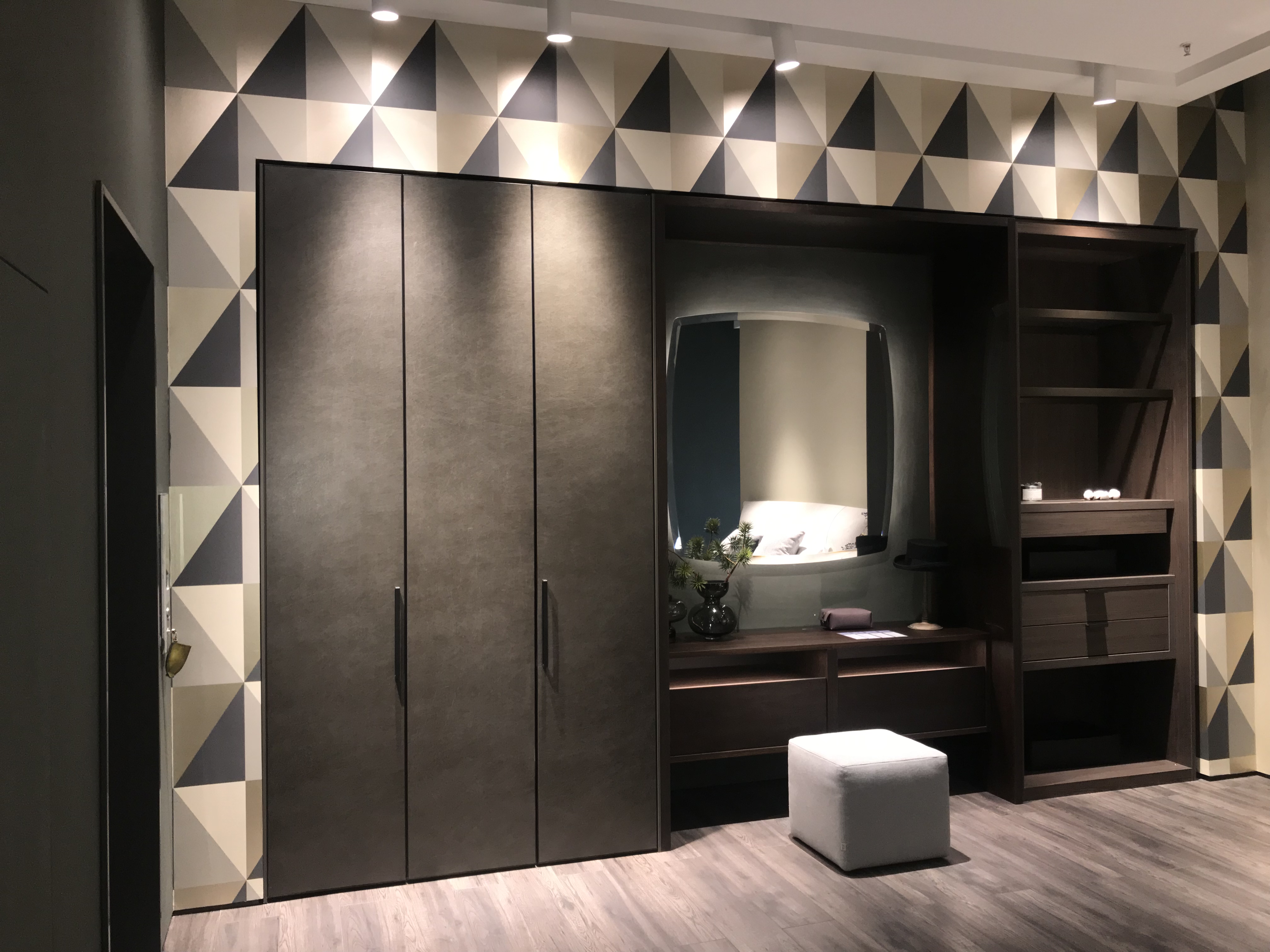 In March 2019 ZK Casa Ltd with the co-operation of Flou Spa. (Italy) and DerLook (China), established a Flou dealership in Wuxi China. A day of hope and celebration, the seeds for this showroom was started in 2018, a desire to offer great quality European furniture to the discerning Chinese client in this transitioning Chinese Market. We would like to thank DerLook for a great position in their Flagship premises, we would particularly like to thank Flou Spa. for their help and support in our new endeavour. We are very proud of the new showroom. It is a wonderful mix of style and colour.

The History of Flou Spa company in Meda Italy and the world expansion.